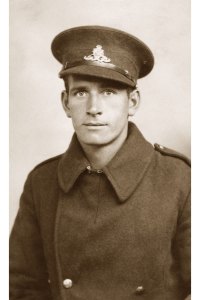 This is the only photograph I have of my paternal grandfather, taken during World War Two.  I don’t remember how old I was when I first saw it: maybe when I was about ten, when I got my first letter from him, written in all capitals on blue airmail paper, warning me to BE CAREFUL OF SHARKS and enclosing similarly capitalised newspaper headings, such as WOMAN DIES AFTER POISONOUS SNAKEBITE and TOURIST WASHED OFF ROCKS BY FREAK WAVE, clearly the only times Australia made it into the English papers in that innocent, pre-Neighbours world.  I wondered if he was demented, but wrote back all the same.  It was a novelty, discovering an extra grandparent I had supposed to be dead: nobody had ever mentioned him until my aunty took it upon herself to write to the address he’d lived in twenty years earlier, enclosing details of the grandchildren he hadn’t known about, and we began getting his strange, spidery-lettered missives from the other side of the world.

When I was twenty-one I took a bus up from London to see him, expecting to meet the handsome, robust man above, and had to hide my shock at meeting a stoop-backed old man with rheumy blue eyes, living on the ground floor of the council house in which he lived from birth to death, replete with photo frames caked with dust on the mantel.  He proudly showed me the contents of his fridge (‘I look after meself, you know’) – a half-finished tin of Spam, a single, cooked sausage, some milk – before taking me into town and to visit some cousins.  On the way he said ‘I just want you to know, I don’t know anything about all that other business’ – I didn’t dare ask what he meant – and then pointed at the factory he used to work in, before launching into a discussion about the outrageous price of sports shoes.  I declined the offer of a dusty, upstairs bed and caught the train to Liverpool in the dusk, where I found myself wandering the streets, weeping inconsolably without the faintest awareness why.

I didn’t take a photo of him.  I wanted to protect his dignity, maybe: something told me he wouldn’t want to have his image taken back to Australia, in his grimy front room, surrounded by pictures of people long dead, or long gone.  But maybe I wanted the picture of when I hadn’t known him to be the only one, before he became such a disappointment to those who had loved him.

2 thoughts on “Of things past” 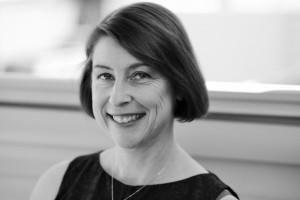 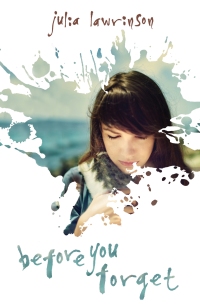